skip to main | skip to sidebar

Poetry has its roots in human breath/ Georgios Seferis

I am celebrating World Poetry Day a bit late here in my blog, but actually every day is poetry day for me. I chose to share not a poem but a speech on poetry by our Nobel winning poet Georgios Seferis. It is one of those readings that shape your mind and you are never quite the same again...
***
Giorgos Seferis' speech at the Nobel Banquet at the City Hall in Stockholm, December 10, 1963


I feel at this moment that I am a living contradiction. The Swedish Academy has decided that my efforts in a language famous through the centuries but not widespread in its present form are worthy of this high distinction. It is paying homage to my language - and in return I express my gratitude in a foreign language. I hope you will accept the excuses I am making to myself.
I belong to a small country. A rocky promontory in the Mediterranean, it has nothing to distinguish it but the efforts of its people, the sea, and the light of the sun. It is a small country, but its tradition is immense and has been handed down through the centuries without interruption. The Greek language has never ceased to be spoken. It has undergone the changes that all living things experience, but there has never been a gap. This tradition is characterized by love of the human; justice is its norm. In the tightly organized classical tragedies the man who exceeds his measure is punished by the Erinyes. And this norm of justice holds even in the realm of nature.
«Helios will not overstep his measure»; says Heraclitus, «otherwise the Erinyes, the ministers of Justice, will find him out». A modern scientist might profit by pondering this aphorism of the Ionian philosopher. I am moved by the realization that the sense of justice penetrated the Greek mind to such an extent that it became a law of the physical world. One of my masters exclaimed at the beginning of the last century, «We are lost because we have been unjust» He was an unlettered man, who did not learn to write until the age of thirty-five. But in the Greece of our day the oral tradition goes back as far as the written tradition, and so does poetry. I find it significant that Sweden wishes to honour not only this poetry, but poetry in general, even when it originates in a small people. For I think that poetry is necessary to this modern world in which we are afflicted by fear and disquiet. Poetry has its roots in human breath - and what would we be if our breath were diminished? Poetry is an act of confidence - and who knows whether our unease is not due to a lack of confidence? (my emphasis)
Last year, around this table, it was said that there is an enormous difference between the discoveries of modern science and those of literature, but little difference between modern and Greek dramas. Indeed, the behaviour of human beings does not seem to have changed. And I should add that today we need to listen to that human voice which we call poetry, that voice which is constantly in danger of being extinguished through lack of love, but is always reborn. Threatened, it has always found a refuge; denied, it has always instinctively taken root again in unexpected places. It recognizes no small nor large parts of the world; its place is in the hearts of men the world over. It has the charm of escaping from the vicious circle of custom. I owe gratitude to the Swedish Academy for being aware of these facts; for being aware that languages which are said to have restricted circulation should not become barriers which might stifle the beating of the human heart; and for being a true Areopagus, able «to judge with solemn truth life's ill-appointed lot», to quote Shelley, who, it is said, inspired Alfred Nobel, whose grandeur of heart redeems inevitable violence.
In our gradually shrinking world, everyone is in need of all the others. We must look for man wherever we can find him. When on his way to Thebes Oedipus encountered the Sphinx, his answer to its riddle was: «Man». That simple word destroyed the monster. We have many monsters to destroy. Let us think of the answer of Oedipus.(my emphasis). 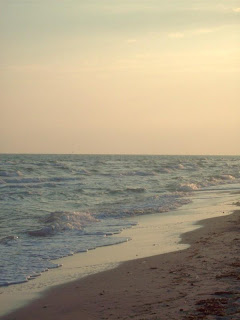 I am horribly limited

...What is my life for and what am I going to do with it? I don't know and I'm afraid. I can never read all the books I want; I can never be all the people I want and live all the lives I want. I can never train myself in all the skills I want. And why do I want? I want to live and feel all the shades, tones, and variations of mental and physical experience possible in my life. And I am horribly limited (emphasis added).Yet I am not a cretin: lame, blind and stupid. I am not a veteran, passing my legless, armless days in a wheelchair. I am not that mongoloidish old man shuffling out of gates of the mental hospital. I have too much to live for, yet unaccountably I am sick and sad. Perhaps you could trace my feeling back to my distaste at having to choose between alternatives. Perhaps that's why I want to be everyone — so no one can blame me for being I. So I won't have to take the responsibility for my own character development and philosophy. People are happy - - - if that means being content with your lot: feeling comfortable as the complacent round peg struggling in a round hole, with no awkward or painful edges – no space to wonder or question in. I am not content, because my lot is limiting, as are all others. People specialize; people become devoted to an idea; people 'find themselves.' But the very content that comes from finding yourself is overshadowed by the knowledge that by doing so you are admitting you are not only a grotesque, but a special kind of grotesque.
from Sylvia Plath's The Unabridged Journals (2000) 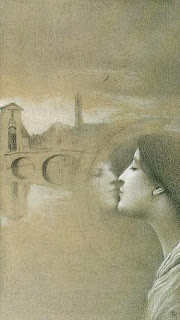 Art is born out of an ill-designed world (A. Tarkovsky)

An artist never works under ideal conditions. If they existed, his work wouldn't exist, for the artist doesn't live in a vacuum. Some sort of pressure must exist. The artist exists because the world is not perfect. Art would be useless if the world were perfect, as man wouldn't look for harmony but would simply live in it. Art is born out of an ill-designed world.

Email ThisBlogThis!Share to TwitterShare to FacebookShare to Pinterest
Labels: Tarkovsky

Love defies Death in Art: the paradigm of Marc Chagall

Chagall's pure and unconditional love for his first wife, Bella Rosenfeld (who died suddenly in 1944) haunts his earlier and part of his later art. I love his extraordinary use of colour and the loss of gravity that prevails in his work. It is this dream-like quality of art that compensates for frustration in everyday life.
Posted by More Than Meets the I at 12:00 No comments:

The Speech of Silence in Gibran and Rothko

Speech is not the only means of understanding between two souls. It is not the syllables that come from the lips and tongues that bring hearts together. There is something greater and purer than what the mouth utters. Silence illuminates our souls, whispers to our hearts, and brings them together. Silence separates us from ourselves, makes us sail the firmament of spirit, and brings us closer to Heaven; it makes us feel that bodies are no more than prisons and that this world is only a place of exile.
~Kahlil Gibran: Broken Wings ("The Tempest")
Mark Rothko Untitled 1966
The Lebanese writer Kahlil Gibran has been a revelation to me. I first read 'The Prophet' 3 years ago and it left an indelible mark on my heart. Gibran helped me find a purpose in my life again. There is something so universal and uplifting in his words that exceeds the limitations of speech and urges humans from all corners of the world to connect to the higher plane of the Spirit.
Interestingly, Rothko's art is not at all about horizontal stripes of colour.  To my mind, there is something purely esoteric in his choice and interaction of colours that captures the soul and mind of the viewer. 'Reading' Rothko feels like unlocking our innermost wisdom...
How does the aforementioned writing and painting impact on you?
Posted by More Than Meets the I at 18:57 No comments:

The Breeze in the Almond Tree: Kazantzakis and van Gogh

We are at the heart of autumn, rich yellow and rust tones prevailing. Notwithstanding the season, there's always something vaguely metaphysical -a springtime breeze takes me over- when I come across such beauty:
'When an almond tree became covered with blossoms in the heart of  winter, all the trees around it began to jeer. 'What vanity,' they screamed, 'what insolence! Just think, it believes it can bring spring in this way!' The flowers of the almond tree blushed for shame. 'Forgive me, my sisters,' said the tree. 'I swear I did not want to blossom, but suddenly I felt a warm springtime breeze in my heart.'
~Nikos Kazantzakis Saint Francis (1962) 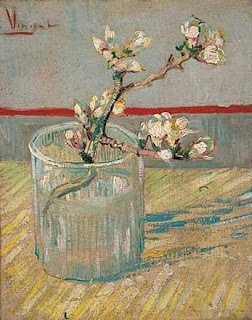 Sprig of Almond Blossom in A Glass
Vincent Van Gogh 1888
Posted by More Than Meets the I at 10:11 No comments:

More Than Meets the I
'What was any art but a mould to imprison for a moment the shining elusive element which is life itself - life hurrying past us and running away, too strong to stop, too sweet to lose' from Willa Cather's "The Song of the Lark". A teacher of English and History, occasional translator from English, French and German, enamoured with the healing power and intertextuality of all art forms.